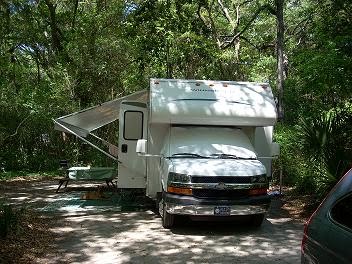 We almost got an early start this morning.  After leaving the campsite we drove separately down the hill to the CC entrance.  After hooking up the car to tow I noticed that I left the 90 degree adapter on the water intake.  This made me remember that I also forgot to take the pressure reducer when I disconnected the water hose.  LOL  Had to walk all the way back up to the site and back to retrieve the gadget. We have a detailed checklist to use when we get the RV ready to take on a trip.  I need to make up one to use when we break camp.  the day was overcast.  Ran into some heavy fog on I-64 west in West Va.  Also rained most of the way up the West Virginia turnpike.  When we pulled into the Ashland/Huntington West KOA about 3 pm  we finally saw blue sky.  This KOA is convienient to I-64 at exit 179.  I would recommend it for an overnight stay if you need one.  Tomorrow we head west to Louisville Ky.  We will be staying at the Louisville South KOA.  Will be touring that area of Kentucky as well as visiting with my sister.
Posted by Diane and Rich at 6:50 PM No comments:

After the walking tour of Staunton's historic districts we ate lunch and then headed to the Frontier Culture Museum. 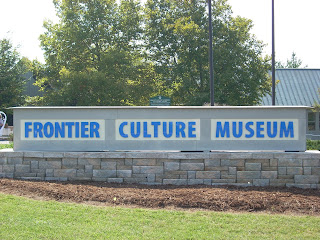 The museum is an outdoor, living history museum featuring exhibits and programs that explore the origins and history of the American people.  The first part of the walking tour shows how the people who imigrated lived before they came to America.  The first exhibit is a West African Farm.  Unfortunatly, these people did not come voluntary. 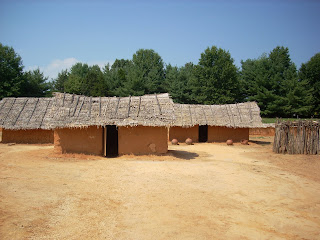 Next we have the English, Irish and German Farms.  Each farm had someone there who gave us an oral description of how they lived. 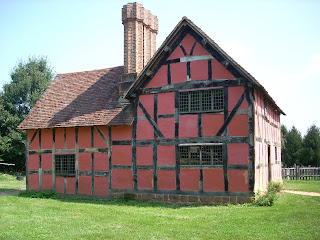 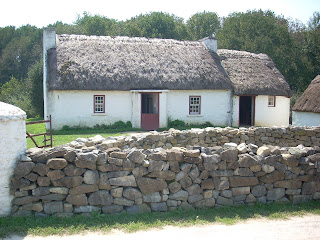 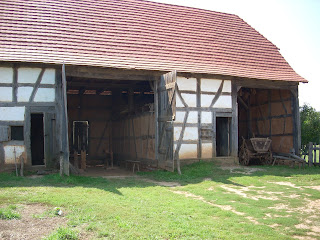 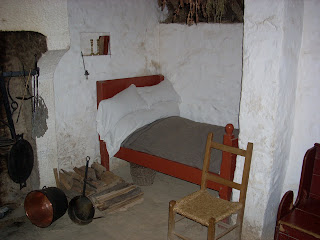 This bed is typical of the Irish farmhouse.  We were told that due to health reasons most had to sleep sitting up in bed to breath easier.  Hench the shorter beds?

The next exhibits show the homes that were built in the different periods after the migration to America. 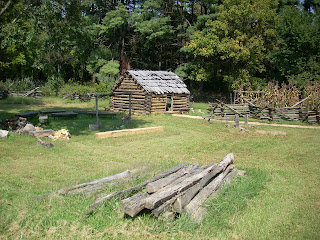 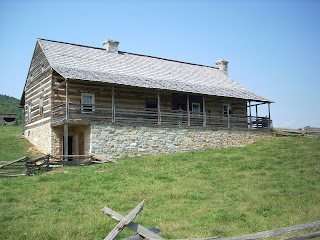 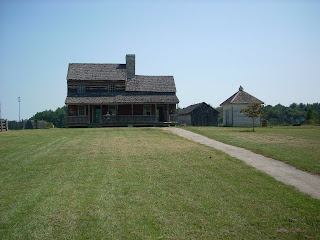 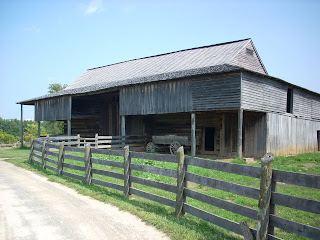 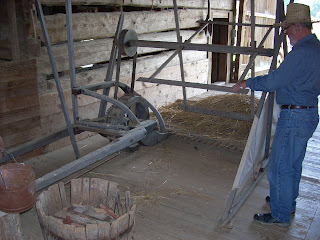 All of these structures, both from overseas and American were purchased, disassembled, and transported to the museum and put back together.  Its an amazing amount of man hours that went in to all of this.  We really enjoyed the museum.  Would recommend it to anyone interested in american history.
Posted by Diane and Rich at 3:02 PM 1 comment:

Where we are now

Diane and Rich
Greer, SC, United States
Retired from the Navy after 25 years. Worked for 17 years in corporate america where I met my wife Diane. We are both now retired full time and travel in our motorhome as often as we can

States we camped in


View Spring 2011 trip to Florida in a larger map


View Fall 2010 Trip to Cooperstown NY in a larger map